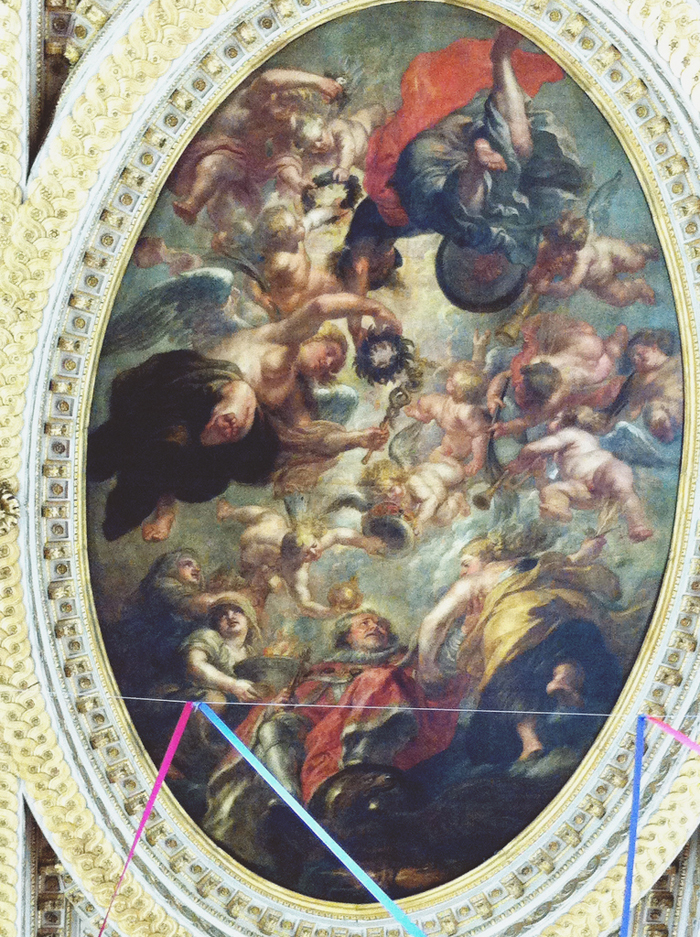 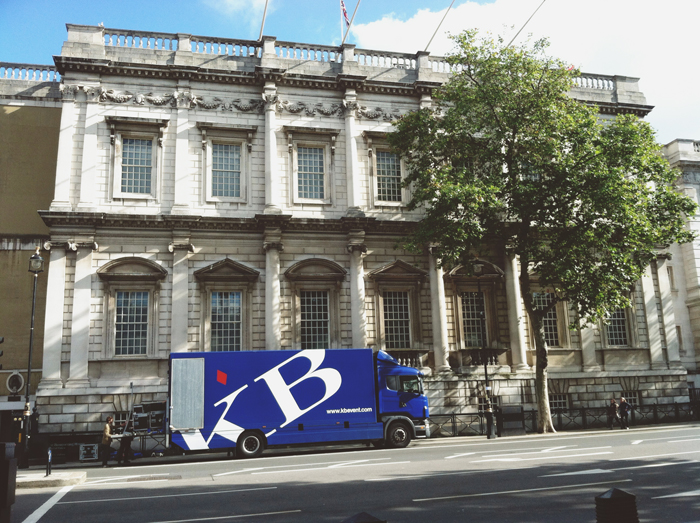 The Banqueting House, designed by Inigo Jones with ceilings painted by Peter Paul Rubens, is the only remaining bit of the Palace of Whitehall, which was the main London residence of the kings and queens of England from 1530 to 1698. On 4 January 1698, some drying laundry caught fire and within a few hours the entire sprawling palace save for the Banqueting House and a couple of gates was destroyed.
Because I had studied the Stuart monarchs and I’m a huge fan of Baroque anything, the Banqueting House was on my London must-see list. I got goosebumps knowing all the people I’d spent so much time studying had walked across the very same room. Well, the decorations that were up for a cancer fundraiser weren’t there when Charles I was touching for scrofula,* but you get the idea. Poor Charles I. Those dastardly Parliamentarians executed him right out in front of the Banqueting House in 1649. When his son, Charles II, returned from exile in 1660, the triumphal procession ended at the Banqueting House, where both houses of Parliament professed their loyalty to the newly-restored monarch. Charles knew how to make a point. 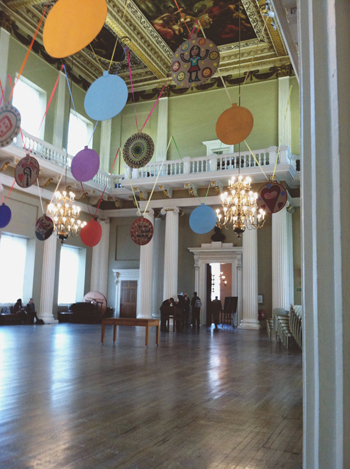 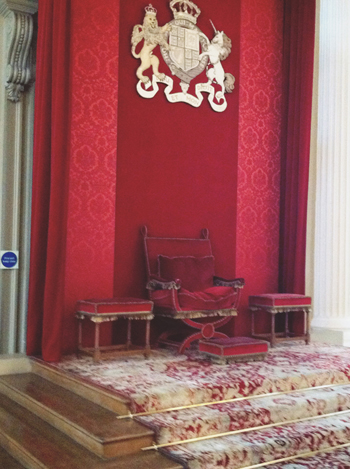 When we visited the Banqueting House, they were closing early for an event. Even with all the plastic-and-metal chairs and tables being moved in, the building is magnificent. The photos above are of each end of the room. It’s quite long and there’s lots of light from windows down both of the long sides. It’s not difficult to imagine courtiers dressed to the nines but still failing to outshine the Rubens ceiling! 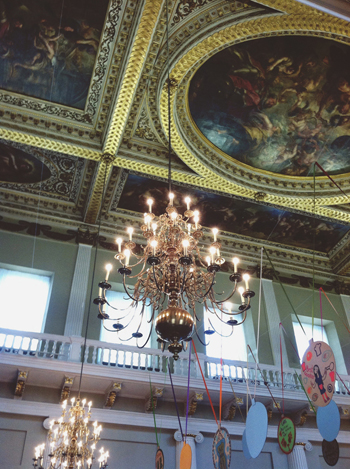 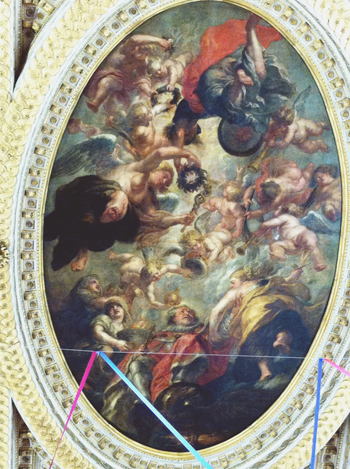 The photo on the right is The Apotheosis of James I. Essentially, he’s being elevated to divinity. The Stuarts took their divine right seriously, but it didn’t always work out so well for them. Charles I was executed and his son, James II, was deposed and had to spend the rest of his life in exile when his daughter and Dutch son-in-law/nephew invaded and took over. The moral? Don’t paint your dad as a god. It’s really a bit much. Lovely painting, though.
Meanwhile, across the street at the Horse Guards… 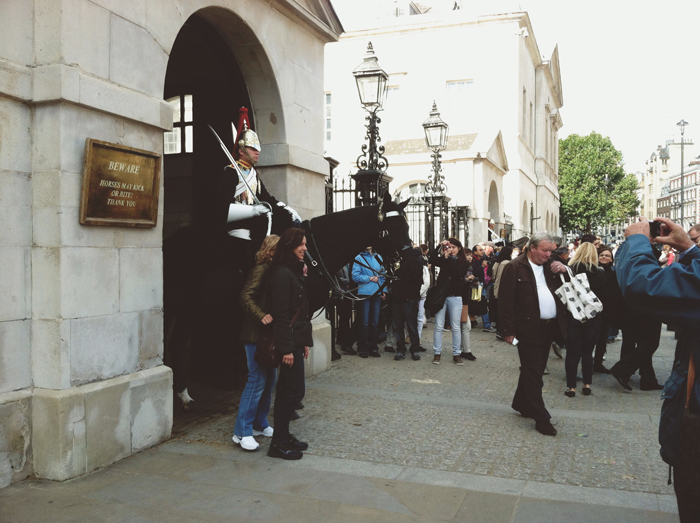 Beware: Horses May Kick or Bite! Thank you.

*Scrofula, known as the King’s Evil, could supposedly be cured by the mere touch of the true monarch of Great Britain. The Stuarts were big on touching for scrofula because it was an opportunity to show off their divine right to the throne. The practice ended with the death of Queen Anne in 1714.

If you want more info, check out the Banqueting House website. The Historic Royal Palaces membership is worth it, by the way.