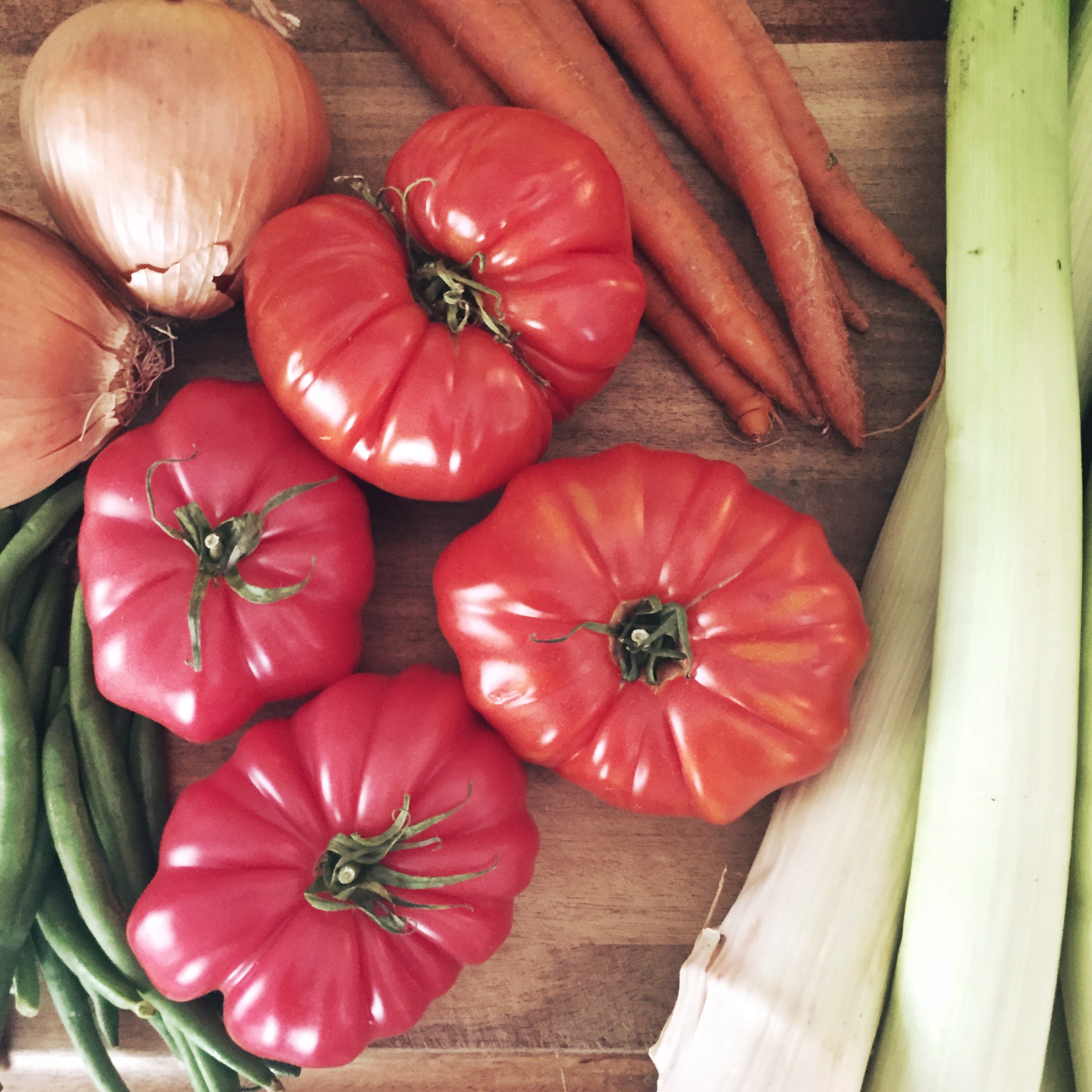 Even though it’s summer, I’ve been making a soup every week because they’re easy to make ahead and reheat and Louisa is a big, big fan of soup. Like I’ve written about before, decision fatigue is a real thing. If I wait until it’s “time” to fix dinner, I feel waaaay more stressed-out about the whole process than if I’d just made something at ten o’clock that morning. I’m not saying I never make things at the last minute. Obviously, a steak is never a bad choice and it absolutely can’t be made ahead, but I don’t like to rely on making something in the evening. As much as I like to cook, I frequently don’t feel like cooking at five o’clock.

Country Vegetable Soup is perfect for this time of year but it’s easily adapted to what’s available anytime anywhere. One recommendation I have is to be sure to get the smallest turnips you can. I always think the ones that are about the size of a golf ball taste so much better than the ones that could be used in a softball tournament! Don’t worry if you don’t like turnips. Neither Paul nor I are huge fans, but we like them in this soup because they take on the flavor of everything else.

Country Vegetable Soup doesn’t have any last-minute finishing touches (although you could definitely sprinkle some freshly chopped herbs on it), so you can freeze it for later if you like.

Heat the butter over medium-high heat in a stock pot or Dutch oven. When the butter bubbles and foams, add the onions and leeks and cook until softened, but not browned. You may need to turn down the heat to keep the onions from coloring. Stir in the celery, carrots, and turnips and cook for 5 minutes.

Add the tomatoes, stock, and bouquet garni. Turn the heat up, bring to a boil and then turn down to a simmer. Cover the pot and simmer for 20 minutes.

Add green beans and bring back up to a simmer. Cook uncovered until green beans are just tender but still have a bit of crunch, 5 to 10 minutes. Season soup to taste with salt and pepper. If you’ve used an unsalted chicken stock, it will take quite a bit of salt, even up to a tablespoon. Start out with a teaspoon and work your way up, if needed.