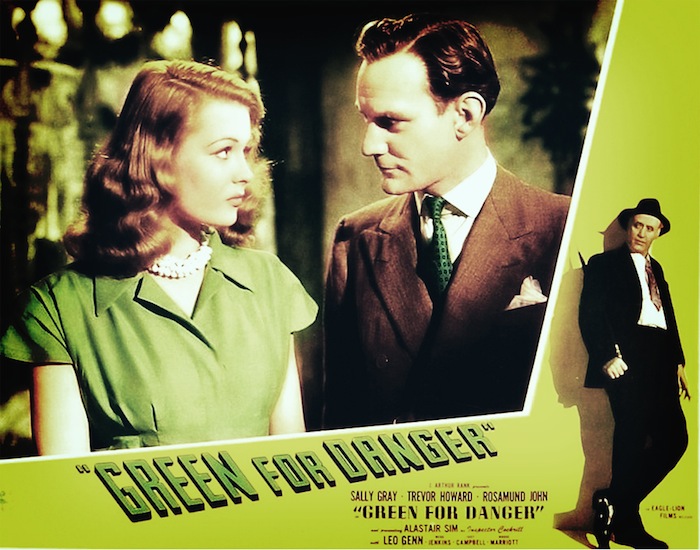 Set among the backdrop of the Blitz, Green for Danger is an intriguing murder mystery that also gives us a little glimpse into the romantic dramas of the doctors and nurses at a large country house that’s been requisitioned to use as a hospital. To start things off, a patient dies in the operating theatre before an incision’s even been made. Could it be murder? One of the nurses certainly thinks so. 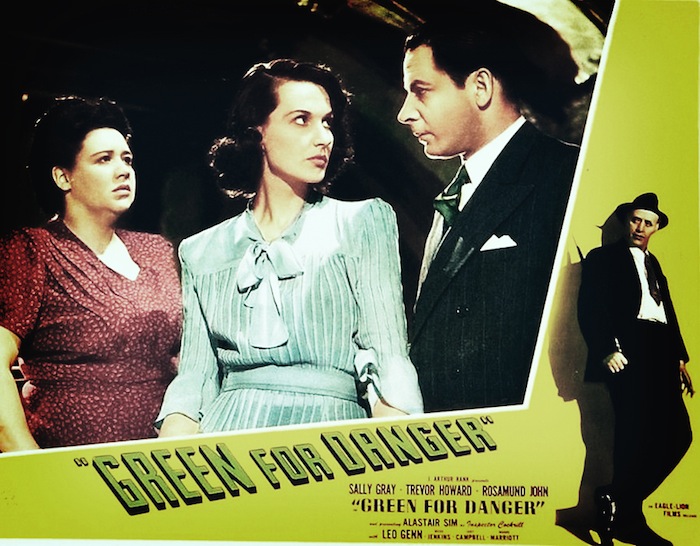 I don’t want to give too much away, so here are some other reasons you should watch Green for Danger. There’s an excellent cast, including Trevor Howard, Judy Campell, Megs Jenkins, and Alastair Sim (who brings some humor to the proceedings as Inspector Cockrill). Green for Danger is a Frank Launder/Sidney Gilliat production,* which probably helps, too. There’s also lots of pipe-smoking and tweed-wearing (when the men aren’t in scrubs), which is just soooo 40s Britain. Plus, you’ll get a glimpse of some lovely 40s frocks. I never get tired of watching this movie even though I know how it turns out. Check it out for yourself and be sure to tell me what you think!
*They also wrote the screenplays for The Lady Vanishes, Night Train to Munich, and The Belles of St. Trinian’s, among others.
Images:
Top: Sally Gray and Trevor Howard
Bottom: Megs Jenkins, Judy Campbell, Leo Genn, and Alastair Sim

2 thoughts on “Green for Danger”