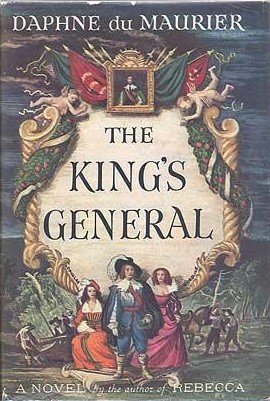 Since we moved into our house and transported what must have been tons of books, I’ve been making an effort to read the books I already own rather than going out and buying any more. Of course, I get bored and restless and end up going to the library or requesting an interlibrary loan, but it’s not adding to the clutter to check out a book and what would life be without trips to the library? Anyway, a lot of my books have come home with me from our trips to the recycling center. I’ve talked about my magical finds before (here, here, and here) but it’s taken me a while to get around to reading Daphne du Maurier’s The King’s General, which I brought home from the recycling center sometime in 2012. I didn’t know anything about the book before I started reading it–the copy I have is a first US edition (pictured above), but is, alas, missing its fantastic dust jacket, so I didn’t even have a jacket description to go on. The truth is that I actually prefer not to know very much about books, movies, or television in advance. I usually don’t read reviews and I prefer to not see the trailer before I go to a movie. That’s why I usually give a pretty brief description of the books I read in case any of my readers have the same prejudice.
So, briefly, here’s what you need to know. Honor Harris is an old maid whose fall from a horse took her off the marriage market at just eighteen despite being madly in love with soldier and gentleman Richard Grenvile. Nevertheless, their lives continue to intersect over the years, especially when Richard becomes the King’s General in the West during the English Civil War and Honor goes to stay with her in-laws at Menabilly, an estate in Cornwall. Du Maurier was actually living at Menabilly when she wrote The King’s General and the house plays an integral role in the story, which I won’t reveal because it’s more fun to find out things as they unfold. There’s heartache, intrigue, scandal and suspense and we’d expect no less from Daphne du Maurier. However, The King’s General is a more emotionally grown-up book than Jamaica Inn or Rebecca; I found it less silly but still an entertaining read. If you aren’t lucky enough to have a recycling center with as fantastic a book selection as mine, The King’s General is still in print. 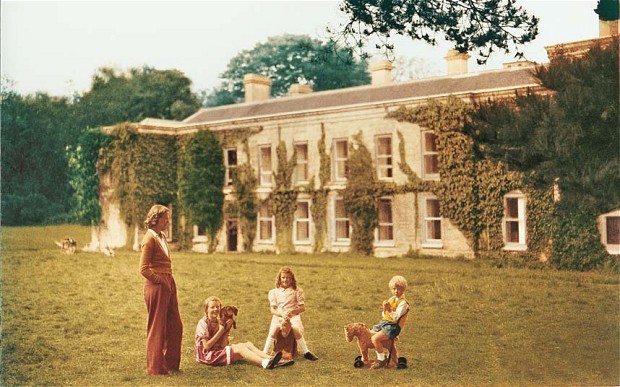 Daphne du Maurier with her children on the lawn at Menabilly. Du Maurier was renting the house from the Rashleigh family, whose ancestors are supporting characters in The King’s General.

6 thoughts on “The King's General”