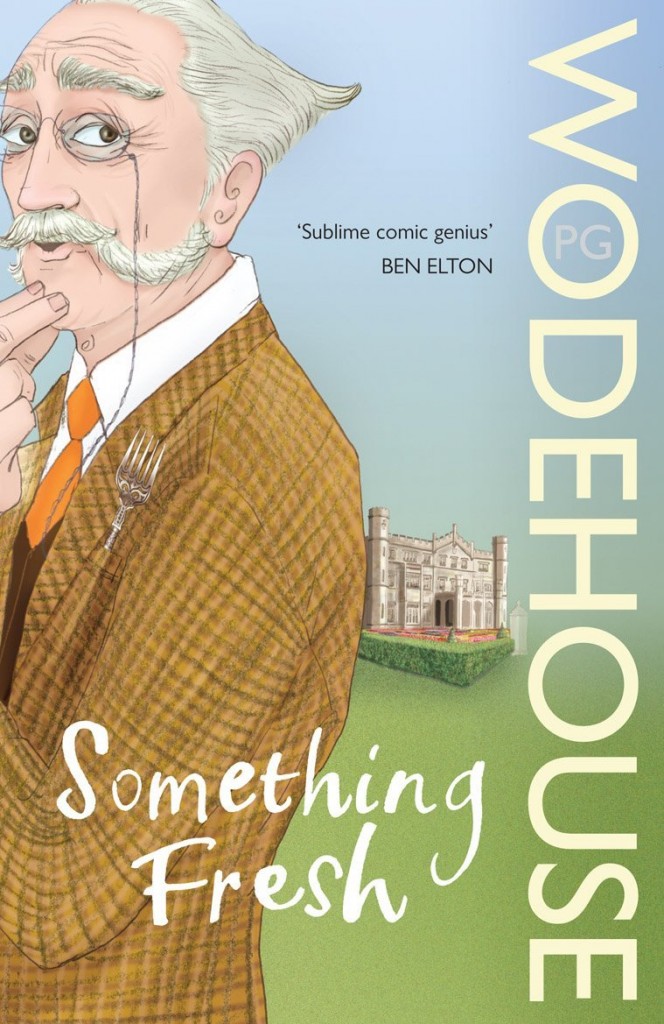 Something Fresh (1915) is the first of P.G. Wodehouse’s Blandings Castle series. We’re introduced to the loveably absent and forgetful Earl of Emsworth, who hates London and wants nothing more than to potter in his garden (much to the annoyance of his gardener). Unfortunately for Lord Emsworth, he has to go to London to meet with his wothless son Freddie’s fiancée’s millionaire father. Got that? J. Preston Peters, the millionaire, has an extensive (and expensive) collection of scarabs, one of which happens to go missing during the Earl’s visit. Naturally, Lord Emsworth has no idea what’s going on.
Peters suspects Lord Emsworth of stealing the scarab, but doesn’t want to jeopardize the upcoming nuptials, so he places an ad in the paper for a young man to steal the scarab back. Ashe Marson, who gets the job, is the writer of pulp detective novels looking to spice up his dull existence, but he’s not the only one on the hunt for the valuable scarab. There’s also Joan Valentine, friend of Peters’s daughter Aline, who desperately needs the £1000 reward, on the scent, and Freddie’s unscrupulous bookie, too.
If you’re in the mood for some light, fluffy reading with a chuckle here and there, Something Fresh is a good place to start.
Book cover image credit

2 thoughts on “Something Fresh”