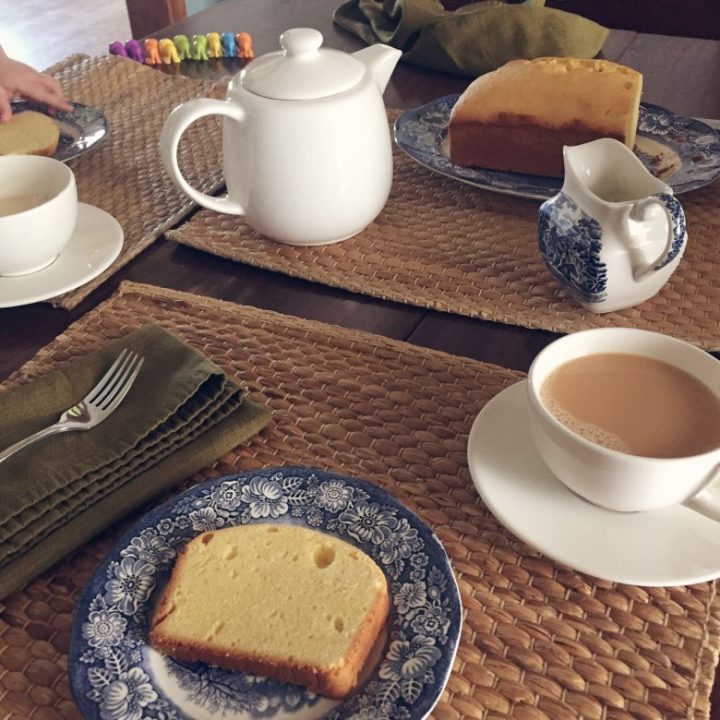 Lately,  tea time has become one of Louisa’s favorite rituals. I brew a pot and pour a bunch of milk into her cup (just like mine with a saucer and everything) and a wee bit of tea. I actually googled if it was ok to give a toddler tea because she kept asking me for some because she sees me drinking a cup every afternoon. All the American websites I found said no! absolutely not! what kind of parent are you? and the British websites I found said a little weak tea was perfectly fine. I’ll admit I was a bit worried the first day, but Louisa has a couple of sips and then pretty much ignores it until the next day. What’s important for her is the ritual and the process, getting to have something I’m having.

Unlike her tea, Louisa eats up everything that’s on offer to eat. Sometimes it’s just popcorn or bread and butter, but I’ve been trying to do a proper bake once a week. I’ve gotten quite obsessed with Waldorf and Charlotte Mason and a bit of Montessori and they’re all big into children being a part of the work of the home, baking included. Louisa stands on a chair and licks the spoon. I break the eggs into a ramekin so she can add the eggs to the batter and I might measure out the flour and sugar, but she dumps them into the bowl. When I read the book The Montessori Toddler, I realized there were so many things I could be doing with Louisa instead of waiting for her to go to sleep!

This cake is super simple. If your butter is soft enough, you don’t even need a mixer; a wooden spoon will suffice. It’s a plain cake, so there’s no frosting or decorating (less work!). It also means it’s less sweet, which I prefer. The crumb is dense and the flavor is lemony. The first known printed recipe for Madeira Cake was from Eliza Acton’s 1845 book, Modern Cooking for Private Families, even though the cake probably dates back to the eighteenth century when Madeira was having a moment. This recipe is adapted from Jane Brocket’s cookbook–one of my favorites–Vintage Cakes. 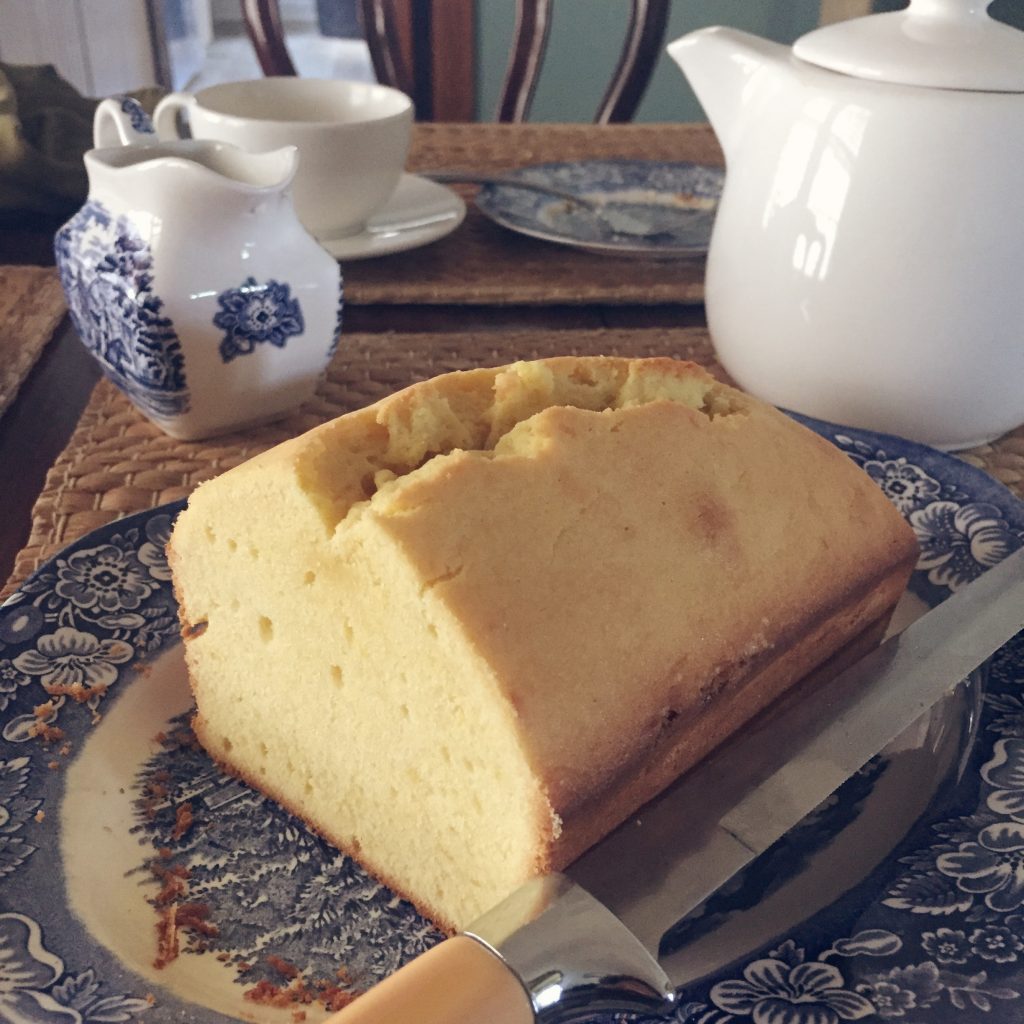 3/4 cup softened unsalted butter1 cup sugar4 eggs, at room temperaturezest of 1 lemon1/4 teaspoon baking powder
1/4 teaspoon salt
2 cups flour
Preheat oven to 325˚ Fahrenheit. Line a 8 1/2″ x 4 1/2″ loaf pan with parchment paper and set aside.In a large mixing bowl, cream the butter then add the sugar and keep beating until fluffy. Beat in the eggs, one at a time, making sure they’re fully combined. Grate in the lemon zest and stir it into the batter.Stir in the baking powder and salt. Next, add the flour, 1/2 cup at a time, stirring well after each addition. Spoon the batter into the prepared loaf pan and bake for 55 to 65 minutes, or until cake is firm to the touch and a cake tester comes out clean.Cool cake in its tin, on a rack, for 15 minutes, then turn it out to cool completely.